Development sprint and merge with SchoolApps into AlekSIS

This article was originally posted by Frank Poetzsch-Heffter titled AlekSIS ist da! and was edited and translated for the AlekSIS website by Dominik George.

The creation of a new software for management of plans, requests and information was celebrated in the computer lab of Katharineum.

On Friday, January 3rd, developers from Teckids and the computer club of Katharineum met in order to to merge their projects BiscuIT and SchoolApps during a two-day sprint. A few months back, the groups discovered in a mailing list thread that not only do they share the same goals, but also use the same tools and frameworks — and even independently decided on the same code names for their releases. 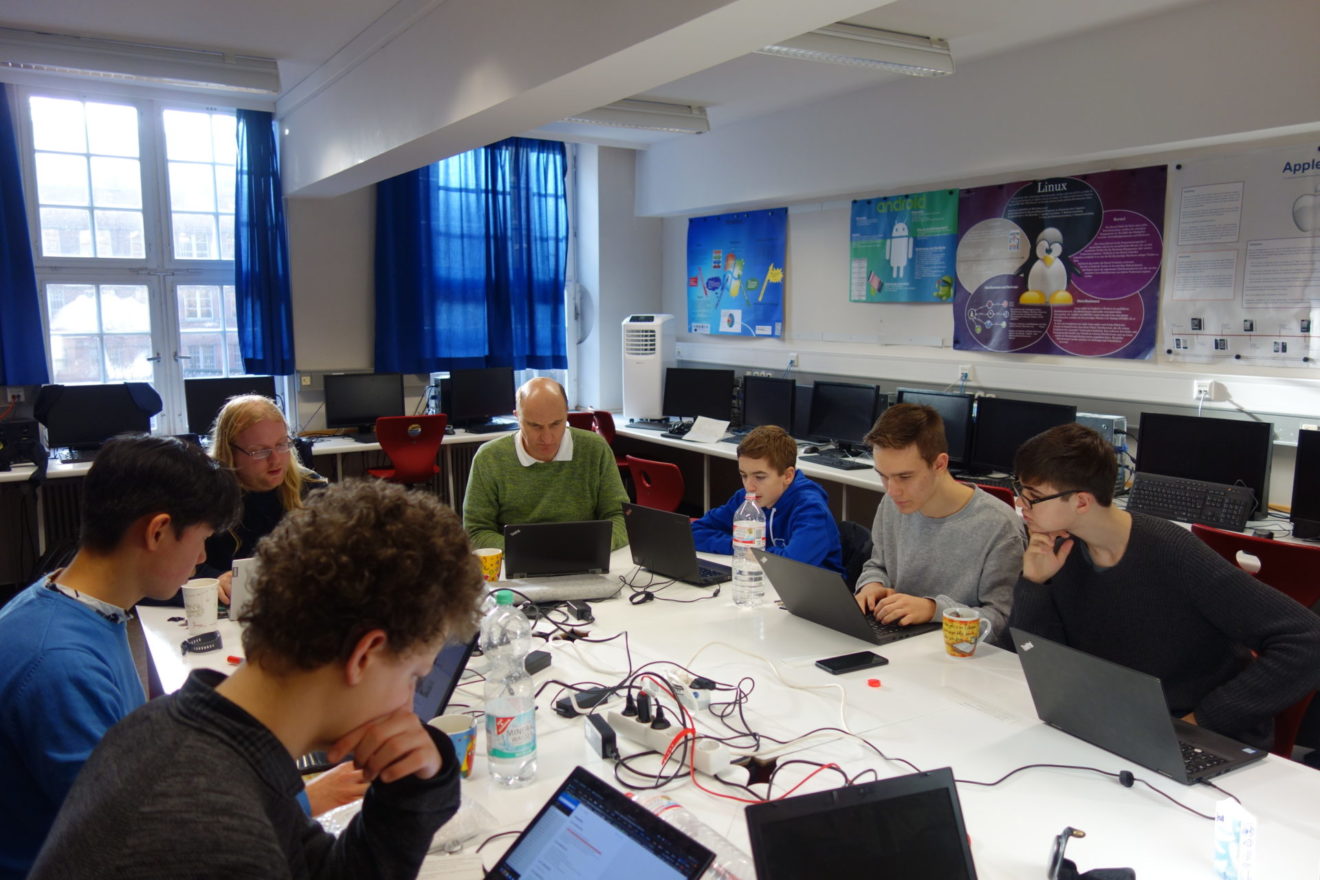 With such a huge overlap, a common project should definitely be possible! After a planning at a short meeting at the end of November 2019, the critical sprint now happened in Lübeck. „It was a comprehensive victory“, Frank Poetz-Heffter, head of the computer club, reports. It was not only discussed which parts would be grabbed from which project or under which licence the resulting free software shall be published, but also a new name was decided upon after a difficult discussion: The future product will be called AlekSIS. To date, it already included presentation of class, teacher and room timetables as well as substitution plans, library management, a digital class register, a help system for FAQs and bug reporting and a notification system. Apps for requests, applications and financial accounting are in development.

The new project's „birth“ was celebrated with jam doughnuts. „A return visit and another sprint shortly before the summer holidays would be a good idea“, Dominik George from Teckids e.V. said, inviting the group to Bonn. It was also agreed that there shall be regular video conferences to reconcile the development process, and a presentation at Chemnitz Linux Days is also planned. „A prime example for the development of free software, as is much needed for educational areas“, Poetzsch-Heffter concludes. „Projects like that should be encouraged by the ministry of education.“